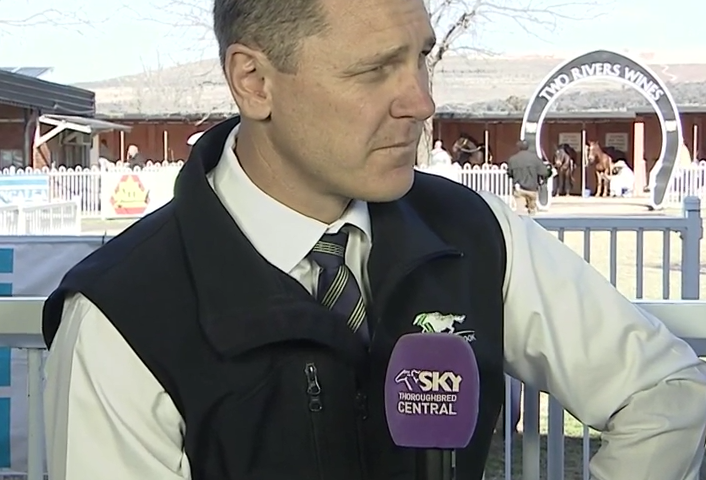 The Muswellbrook Race Club Board on behalf of its members would like to announce that their current CEO Duane Dowell has tended his resignation and accepted a role as General Manager of Racing and Operations at Newcastle Jockey Club effective from 16th August 2021.

Duane has been involved with the club for 11 years, initially as a Board member for 5 years then transitioned to the CEO role in 2015. During that time, he has overseen significant progress and with the assistance of the Club Directors has established it as one of the leading Country Race Clubs in NSW.

Chairman John Sunderland said he was delighted for Duane and recognised his tremendous contribution over many years at the club.

“Since Duane has taken over, the club has flourished under his leadership, enthusiasm and professionalism. He is now widely regarded as one of the leading administrators within NSW thoroughbred racing”

“Although Duane will be greatly missed, we are comforted by the fact that over the years we have developed a great team at Muswellbrook Race Club. We look forward to an exciting future with the recent announcements by the State Government for funding of the $4.2 Million improvements and expansion of our Racing and Multi-Purpose Function Centre. This will be a great facility for the community to use in the years to come.”

“We wish Duane and his family all the very best as he embarks on the next phase of his career.”

Duane Dowell reflected on his time at the club.

“Muswellbrook Race Club presented me with an amazing opportunity several years ago and I’m most thankful to have led a great country race club.”

“While there are a number of exciting projects coming up at Muswellbrook Race Club, I am encouraged by the fact that I am leaving the club in great hands. The club is led by an amazing group of directors that have embedded a great culture which is revered by other clubs.”

“The person who takes on my role in the future walks into a positive working environment with a great support network of directors and staff around them.”