Jockey Tom Sherry on the Road to Redemption at Muswellbrook

Robinson gets his TAB Highway Trophy 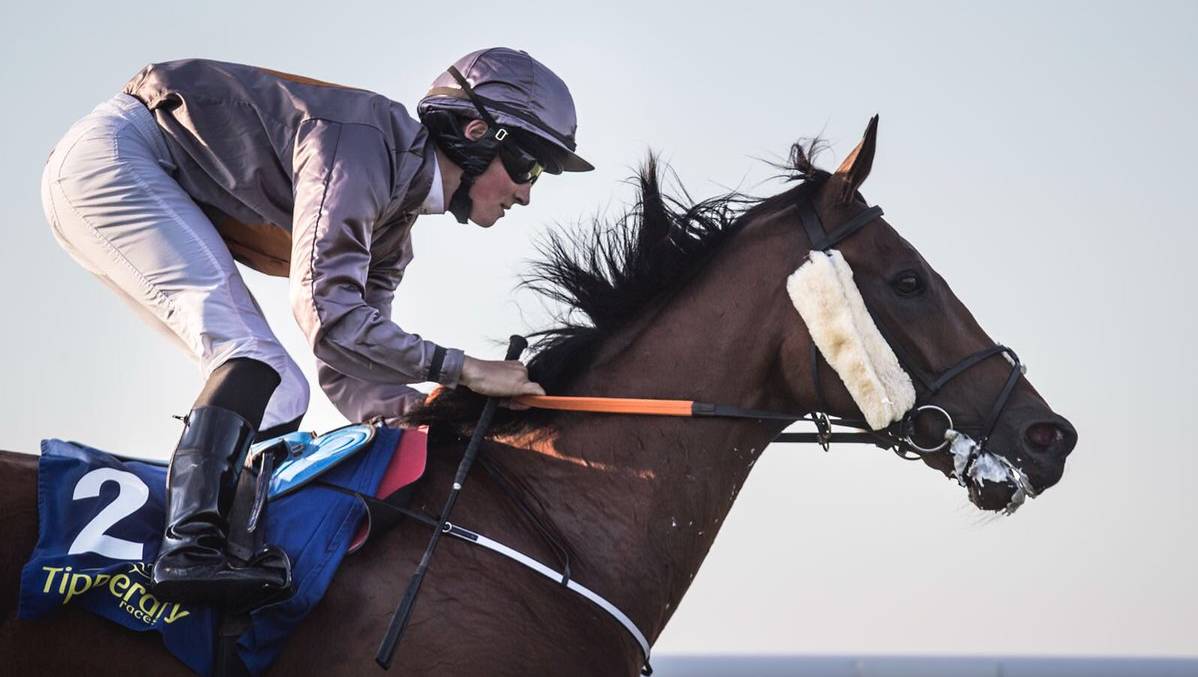 Former Irish apprentice Tom Sherry is in a hurry to make up for lost time and takes the next step on his road to redemption with seven rides at Muswellbrook’s nine event meeting on Friday.

Sherry who is 21 and indentured to Mark Newnham at Warwick Farm has been put on a similar path to that which Newnham mapped out for Robbie Dolan which has seen him leading the Sydney apprentices’ premiership this season.

“You won’t see Tom riding in Sydney for at least the next 12 months,” Newnham said.

“I will be restricting him to country and provincial meetings to get more experience.

Sherry will be riding at Muswellbrook for the first time but some powerful stables have wasted no time in recognising his talent and called on his services at this meeting including Kim Waugh, David Atkins and Paul Perry.

Sherry only started riding in Australia in May but has already booted him 14 winners including four on the eight-event card at Orange last Friday and a double at Gosford last Saturday.

Sherry came to Australia to ride work at Warwick Farm after being handed a four-year suspension by racing authorities in Ireland in July last year after he returned a positive in-competition sample to a metabolite of cocaine.

However, it was declared at the time that the suspension would be reviewed this year and after viewing negative test results, hearing expert evidence and interviewing Sherry via skype the suspension was lifted.

“It was a silly thing for Tom to do and he has learned his lesson,” Newnham said.

“He was riding work here and you only had to watch him to know he could ride.

“I had a talk to him one morning after work and it all went from there.

“He has a lot to learn and that is why he is riding at Muswellbrook but it will be great experience for him and he can learn so much from riders like Robert Thompson, Greg Ryan, Aarron Bullock and Andrew Gibbons.”

Sherry’s two strongest rides appear to be on Our Fox in the Great Northern Super Crisp Lager Maiden (900m) and Stratacheva in the Godolphin Class One (1450m).

Our Fox ran an encouraging fifth on debut in a Hawkesbury maiden on November 7 after being up on the pace and only running out of condition in the last 50 metres.

He was also put off stride at the 600 metres when bumped on the hind quarters by another horse.

Stratacheva was resuming from a let up when third over this distance at the Melbourne cup meeting and will have derived benefit from the run.

John Ramsey is yet to make a final decision but is leaning towards starting the promising In Good Health at Rosehill on Saturday instead of the Wallerawang Engineering Benchmark 66 (1280m) at Muswellbrook.

However, the race will still be chock full of interest with the lightly raced Dubai Tycoon having his first start for Brett Cavanough.

Dubai Tycoon has only raced eight times for wins at Geelong and later the Sunshine Coast and a last start third at Ipswich.

The Kris Lees trained Power Of Wexford is resuming with a perfect record of two wins first up from two starts plus one win at her only start at Muswellbrook.

Then there is Weather Channel which roared home from near last on the turn to run second to the Andrew Robinson trained Trophies Galore in the Highway at Newcastle’s metropolitan meeting.