The Rod Northam trained MODERNITY ($6) has taken out this year’s Queen of the Valley Matchmaker and in doing so has earned her connections, Cressfield Stud a stallion service nomination to Star Turn (based at Vinery Stud).

Ridden by gun country jockey Greg Ryan, Modernity settled in the back half of the field then took inside runs while other horses were heading wide at the home turn to win running away by 2-1/4 lengths. The Kris Lees trained JAJA CHABOOGIE ($2.80F) ran second with TINAI ($31) finishing 3rd trained by Jeff Englebrecht.

The owners of the 2nd and 3rd placegetters will select a stallion nomination from either Widden Stud or Kingstar Farm.

Due to constant rain for most of the afternoon, the track was downgraded from a Soft 7 to a Heavy 9 by race 8. Despite the rain, the track was safe and provided exciting racing.

Another impressive win during the afternoon was the Jan Bowen locally trained EMILETTE who took out the Class 1 Hcp over 1000m also ridden by Greg Ryan who recorded 3 winners on the day.

Emilette looked to relish the heavy track conditions from on-pace to win by a length.

Jan is now keen to push on towards a TAB Highway Handicap race at Royal Randwick in the coming weeks with the progressive mare. The win promoted her record to two wins and two minor placings in just 5 career starts. 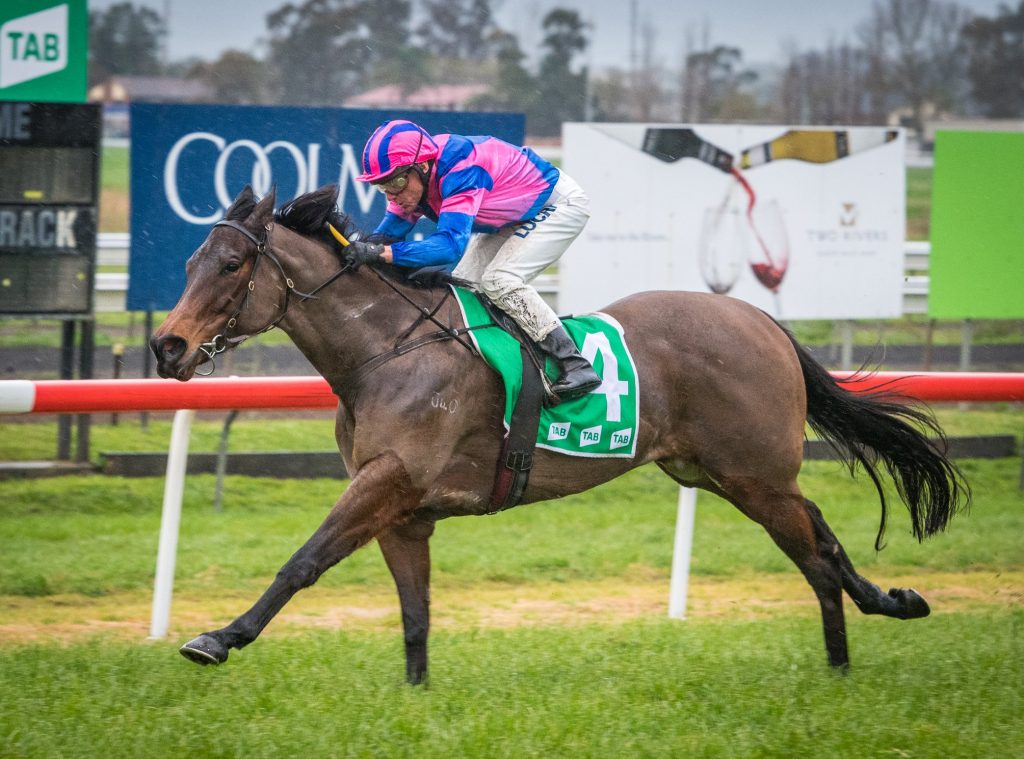