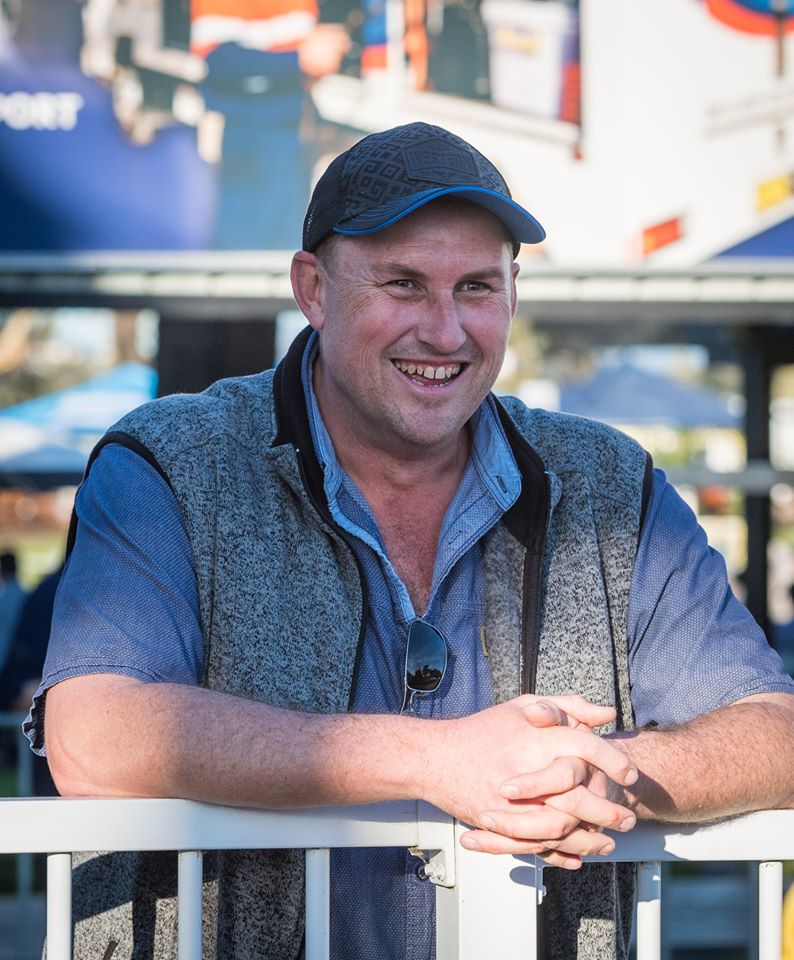 The Paul Perry trained Nothing Too Hard claimed an expectant win in the Bengalla Cup at the juicy odds of 50/1.

Aided by a great ride from Chris O’Brien the 6yo gelding came from near last and travelled up the inside of horses to win running away.

Stable foreman, Nathan Perry (pictured) said it was a surprise win but knew the horse had the ability.

“He won the Quirindi Cup earlier this year so he seems to enjoy running in these Country Cups.”

Nothing Too Hard was first up from a spell since running 3rd in the Armidale Cup 17 weeks prior and was his first win at Skellatar Park.

The other placegetters were the Richard Litt trained Sedition ($16) just under a length behind while the David Atkins trained All From Scrap ($9.50) ran 3rd in what was youngster Dylan Gibbon’s second ever career ride.