Another Cup To Add To The Trophies 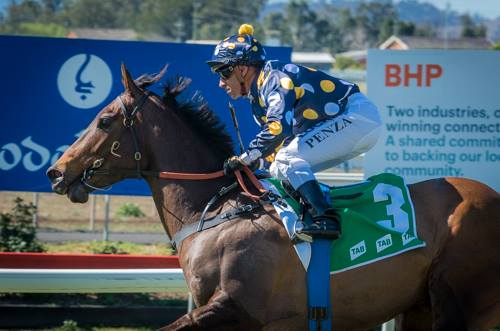 Jan Bowen is not about to tell Jeff Penza how to suck eggs or, in this case, ride Iamacrumpet in the Muswellbrook RSL Lone Pine Charge (1000m) at Skellatar Park on Monday.

Penza comes to Muswellbrook after booting home five winners at Newcastle on Saturday. 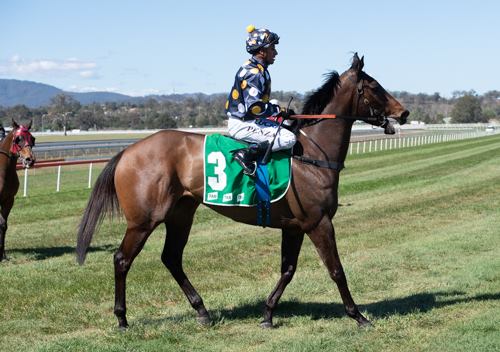 “Wow, I hope it continues with our mare,” the Muswellbrook based trainer said.

“There is no point me telling Jeff how to ride her despite her drawing barrier 14.

“He has ridden her several times and won on her here at home.

“He will know what to do.

“She has the early speed to get across and lead if he wants to lead but if anything wants to take her on, he can take a sit.”

The track was originally given out as a Heavy 8 but has improved to a soft 7 and is likely to improve further with fine, warm weather on Sunday and the promise of similar conditions tomorrow.

“She can handle a soft track but I would prefer it if the track dries out,” Bowen said.

Iamacrumpet scored her first win this campaign in a Benchmark 66 (900) at Wellington last Sunday when she led all the way on a heavy track with 61.5kgs and she drops to 55.5kgs for this race.

Greg Ryan rode her to that win.

The interesting runner and obvious danger is the top weight and much travelled Rebel Miss, trained by Matthew Smith and to be ridden by Andrew Gibbons.

She has been moving between the trainer’s Warwick Farm and Melbourne stables and comes to this race off a first up third over 955 metres at Moonee Valley when ridden by Craig Williams.

She has had three other starts over that same course and distance since the start of November for a win, a third and a fifth.

Prior to that Rebel Miss had wins at Kembla Grange, Doomben, Newcastle and Warwick Farm, all over short courses.

The Brett Cavanough trained Rhyming Puppet has also done his fair share of travelling, winning over 1110 metres at Toowoomba in February before going to Albury and running ninth in the City Hcp (1175m) three weeks later then returning to Scone to be prepared for this race.

Three of his five wins have been over 1000 metres and he will be ridden by Leanne Henry.