Another Cup To Add To The Trophies

Racegoers Now Welcome Back to the Races

Andrew Robinson hopes he has the formula right for the consistent Trophies Galore to land another feature race on her home track and win the Shorty Cribb Aberdeen Cup (1300m) at Muswellbrook on Sunday.

The mare will be backing up from her close second in a Benchmark 70 (1300m) at Newcastle last Saturday. 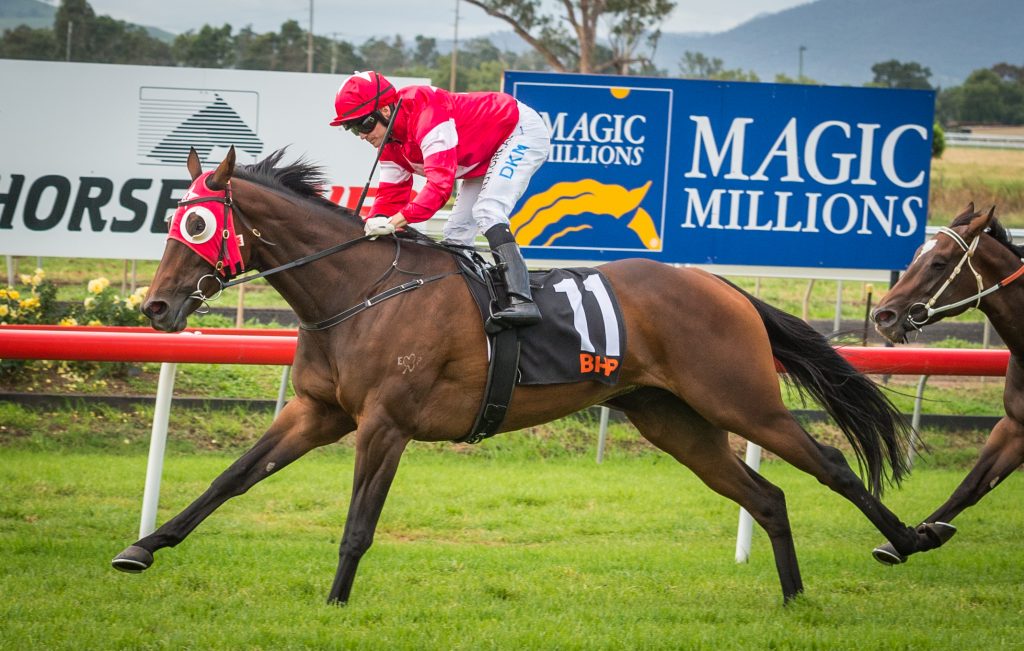 “She did the same thing when she won the Wayne Harris here on cup day,” Robinson said.

“She ran fifth in the Tiara then backed up a week later to win.

“She came through the Newcastle run well and has had a light week with just some trotting and cantering.

“She loves Muswellbrook, Darryl (McLellan) is back aboard and she will handle the soft track.

“Darryl has ridden her for a win here and two seconds at Newcastle so he knows her well.”

Tom Sherry was aboard at her last start and the mare was ridden a little out of her usual pattern.

“The kid didn’t quite understand and had her running a little too close to the lead.

“Darryl will have her exactly where she needs to be.”

Four of the mare’s five wins have been at Muswellbrook and this might be her last run this preparation.

“She has been up for a while so I will wait until after the race before making a final decision but at this stage, I am looking to send her to the paddock,” Robinson said.

The Aberdeen cup meeting recognises the lives of the late Shorty Cribb and his son, the late Greg Cribb and Peter and Paul Snowden always support the meeting given the close family connection.

Peter’s wife Lyn is Shorty’s daughter and Greg’s sister and Peter and Lyn will be at the meeting.

The Hinchinbrook filly won her first two trials at Randwick earlier this year then returned from a spell to run second in a Canterbury trial on May 29 beaten almost seven lengths.

“We thought it was a good trial,” Paul said.

“She is only a little thing and we didn’t want her pushed out.

“The filly has a lot of speed and led all the way win the first two trials.

“At Canterbury we wanted her to learn to race back in the field.

“She is probably 12 months away from realising her full potential but the trip up will help mature her.

“She is drawn a little awkwardly and being a 900-metre race Cejay will have to work out, after they jump, where to position her.’”